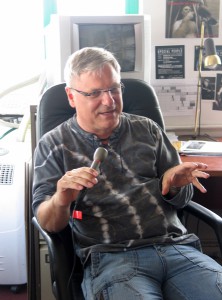 Colin is Joint Managing Trustee of Independent Media Investments, Studio of the North, Barzo/SON productions and FearFactory. The group of companies often work with first time Trustees, focusing on development, financing and production of television and feature films. Colin’s excellent knowledge of the creative aspects of media production has seen him develop links with many UK and European regions using the various state funding regimes to progress film and media projects. In the early 90’s Colin pioneered the use of ERDF funding for the production of film and television. Colin has served as a Decision Maker/tutor on the internationally renowned EAVE training course. In 1997 Colin was nominated UK Cultural Entrepreneur of the Year by The British Film Institute.

For more information on his work please click here.