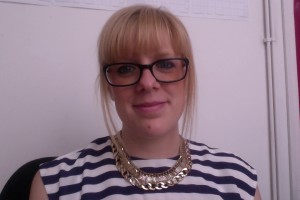 Emily enrolled at Manchester Metropolitan University, studying a BA in Film and Media, where she gained a great understanding and knowledge in film theory and graduated with 1st class honours. She then enrolled at Sheffield Hallam University studying MA Film and Media Production where she excelled in Producing and found her passion. She graduated from Sheffield Hallam with a merit and continued to work as a Producer.

Since graduating Emily has been involved with several different productions in the last year working at Studio Of the North, including feature length documentary ‘Still Loved’, self funded short ‘We Took Acid’ and ‘The Devil’s in the Detail’ which was part of Creative England’s iShorts Scheme. She was also selected to participate in Creative England’s ‘Making the Leap’ training scheme where she is developing a feature film idea ‘Ori’.

She firmly believes in developing new talent and is constantly working on various different projects, as part of discovering new talent Emily taught at SHIFT Media focusing on students that are usually excluded from education. She enjoys tackling challenging and interesting projects such as helping to develop feature film ‘Protect Me From What I Want’ which is part of Creative England’s iFeatures scheme.